You are here: Home » Not Just Mom: A Birthday Tribute 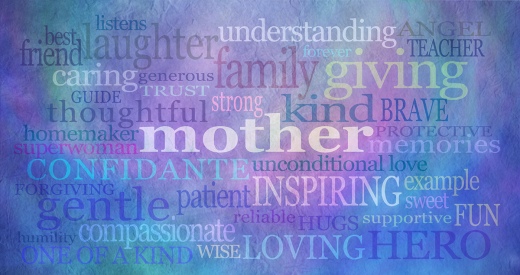 Let me tell you about my mom.

Today is her birthday, which got me thinking. Mothers already play a big part in their children’s identity. That goes double when a mother is also her child’s teacher. My own mother homeschooled me for my high school years. Only the most formative years before adulthood—no big deal, right?

It was a big undertaking.

But then again, this is my mom we’re talking about.

My five siblings and I grew up believing—honestly, without any flattery—that Mom knew everything. She reads extensively, everything from genre novels to science magazines to history to fantasy. She knows a little about whole lot of subjects. She introduced me to good literature: Jane Austen, P.G. Wodehouse, Patrick McManus, William Thackeray, Harper Lee, Charles Dickens. (She still likes Dickens, while I can’t read him anymore, but she still loves me.)

But Mom isn’t just a reader. The first thing she bought as a married woman was a hammer and a screwdriver. She can build, repair, or “rig” just about anything. She loves to sit with graph paper and design houses. Her conversation is full of varied and deep ideas, never confined to just the weather and who she saw over town (although she likes to talk about that too). She’s funny and witty, and proud when her kids are too. Nothing makes her happier than having her family around her throwing around conversation and witticisms.

Mom has lived a life of faith in front of us, despite some very hard circumstances. She’s not demonstrative about it; it’s just part of who she is. Of course she’s made mistakes— being a mom myself, I understand all too clearly how that happens—but she’s listened to us and apologized when necessary, which covers a multitude of errors.

I suppose I make it sound like Mom is everything. So okay, I’ll admit that she doesn’t make fantastic cookies, she doesn’t like formal math, and she likes Clive Cussler. (Mom, I forgive you, I really do.) More seriously, she had to learn a lot of skills that aren’t in her natural gifting. My dad died when I was 3 years old, leaving her a widow with five children. She later married my stepfather, gaining a stepson to add to her motley bunch; but then cancer took my stepdad 13 years later. She got four kids through public school, and then homeschooled me and my sister. Raising all of us in a small town without much opportunity, Mom had to be our safe haven, but also the voice inspiring us to launch into the world.

I’ve lived a thousand miles away from her for almost 18 years; but she’s still very present in my life. Those homeschooling years gave us a lot of time to build a relationship that we still enjoy. I’ve told Darren many times that it’s a good thing he likes his mother-in-law, because that’s who I’ll be in 30 years.

She lives now in the house her grandfather built, helping out with her own grandkids, visiting friends, and still reading. She also watches a lot of British period dramas (“the houses and costumes are the best actors in the whole show”), takes care of her chickens, and is still thinking big and deep ideas.

Happy birthday to my mother, who isn’t just “Mom,” but a woman of depth, intelligence, and many gifts. She’s the kind of woman that I want to be.

Sara Roberts Jones grew up in Mississippi and married a Canadian; they compromised and live in Virginia. In among homeschooling their four children, Sara writes, visits friends, takes long drives, and finds stuff to laugh at. View all posts by Sara Jones →