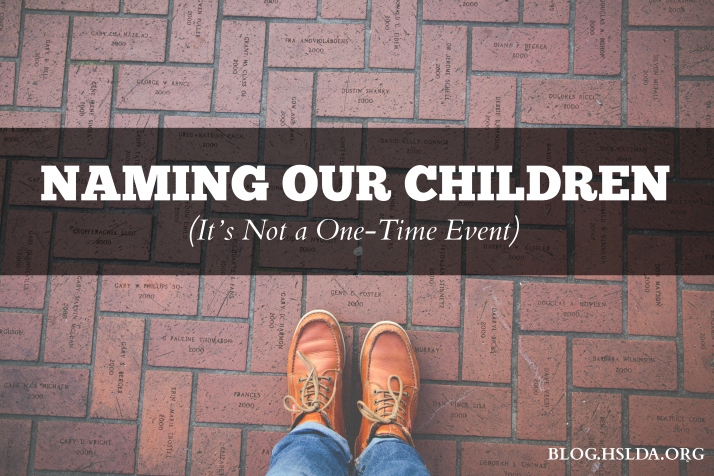 When our children are born, we give them a name. Some of us decide on names for our kids a lot easier than others of us. Each time we found out a baby was on the way, I came up with a short list of names I liked. My husband would then nix almost all of them. I kept telling him, “Okay, then you come up with a list!!”

Our ineptitude at quickly choosing the perfect name for our kids is evidenced by the fact that one of our babies had no name for more than 24 hours. The birth certificate lady at the hospital was anxious to fill out paperwork, but we kept her at bay as we vacillated between two names we liked.

Yes, a rose by another name would be just as sweet. And yes, we would love our child the same even if her name was Rover. Despite all of that, the whole naming decision just seemed very weighty to us.

Here is something I didn’t think about when we first named our babies, but I have learned over the years: As our children grow, we don’t stop naming them.

We don’t continually amend their birth certificates, true. But we name them by the words we use to call out their good character and their flaws.

Every time we tell our kids that they are kind or they are hard workers, we are naming them again. Just this morning I told my four-year-old son, who was helping to clean the garage, “You are a hard worker, just like your daddy and your grandpa.” He stood taller and worked more quickly, his face beaming at what I had just called him.

When we discipline our children, we need to be careful about the names we give them. I try to remind myself to focus on the bad behavior and try to avoid assailing their character with harsh words. Instead of telling them they are a “bad boy” or they are “lazy,” I try to say that they are making bad choices with how they are using their time, for instance. There is a difference. In the former, I am naming them with a negative name that could follow them and shape who they are. With the latter, I am reproving their actions. I sometimes fail at this distinction, but I try to keep it in mind.

Our children are either inspired by what we name them or they could potentially become discouraged by the negative names we give them, and over the years, start fatally assuming it’s their intrinsic character. 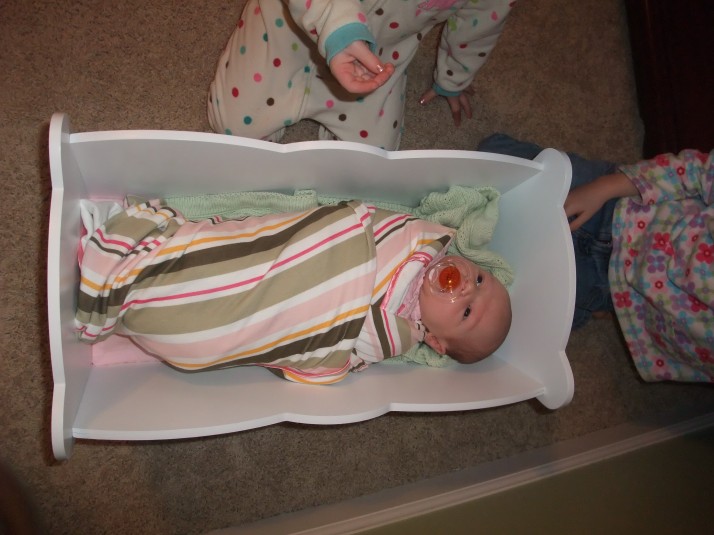 The baby who was nameless for 24 hours.

Now that my kids are older, I have to be extra careful to avoid talking about them to other adults in their presence. I know my kids are listening more often than I think they are. If our children overhear us talking to other people about their habits or character, they are imbibing our expectations. We are naming them. We are telling them who they are and perhaps what we expect them to be in the future, even when we do it inadvertently.

Praising a child’s good character when it is demonstrated is essential in helping her to become a young adult who habitually shows good character. I must remind myself to look for the good in my children and to encourage and praise that good on a daily basis, even when I am discouraged about other aspects of their character.

We influence, shape, and either inspire or discourage our kids by what we name them. The names we give them must be chosen carefully—even more carefully than that first name that we give them when they were rosy, promising newborns. The ongoing names we give our kids, arguably, have more lasting consequences.