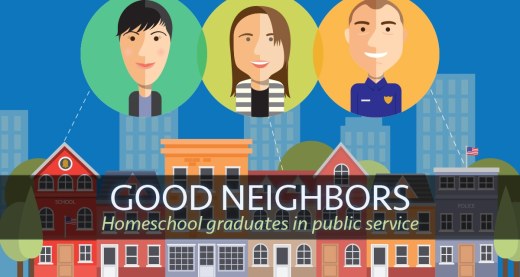 We are excited to introduce a new series entitled Homeschool Helpers! In these stories, we will highlight homeschool graduates and parents who are making a difference in their communities through their work as public servants.

Families who homeschool are sometimes criticized because they are perceived to be isolating themselves from people around them. We have found that the opposite is true. Everywhere you look—in schools, hospitals, police stations, fire stations—you’ll find homeschool graduates or homeschooling parents serving selflessly. Why? Because they care deeply about their neighbors, working hard to help their communities and making it a priority to pass those values on to their children.

We kicked off this series by highlighting three remarkable homeschool graduates in the Third Quarter 2016 issue of The Home School Court Report. If you haven’t had a chance to read it already, you can view the article here.

Ethan Weitz has lived in northern Virginia his whole life. In 2015, he graduated from Patrick Henry College with a degree in classical liberal arts. He now works as an Assistant Editor and Producer for HSLDA. In his spare time, Ethan writes music and runs a music blog (www.TheCellary.com) with his fiancée Emily. View all posts by Ethan Weitz →