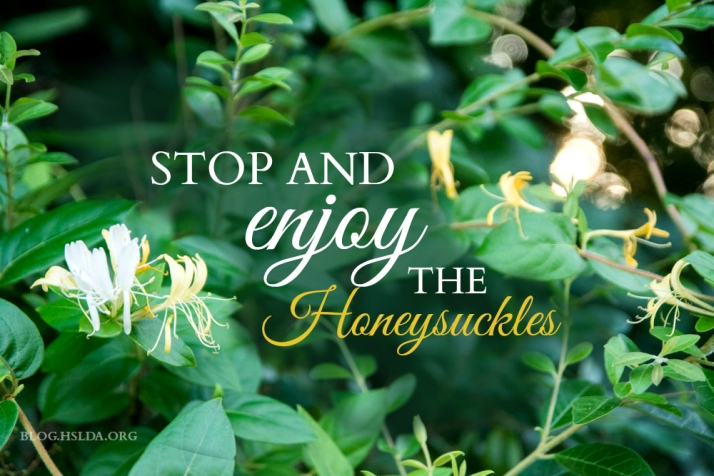 I have never thought of myself as a particularly “outdoorsy” kind of person, but looking back I did spend a good deal of my childhood in the great outdoors. I was usually content to hibernate in the winter with a few good books, but give me some warm weather and I would be out swimming in the pool, practicing sports, taking walks, and generally just exploring. (Or reading a book outside… That worked, too.)

As the years have gone by, however, I have become increasingly “indoorsy,” as a friend of mine likes to put it. There wasn’t much time or opportunity for the things I enjoyed outside, and I didn’t make much of an effort to change that. As I became a parent, though, I mostly just didn’t feel like I had the energy for the outdoors. When my oldest was the baby, it wasn’t too bad… I could keep her within arm’s reach fairly easily, and all was well. But once the baby turned into a toddler… and then there was another toddler, and another… playing outside ceased to be a relaxing sit in the shade. It was more of a juggling competition, between helping Child A on the slide and Child B on the swing and Child C navigating the grass on unsteady legs… or simply a damage control session, making sure nobody killed themselves during any of the above activities. All this for a little Vitamin D when I’m sleep deprived and exhausted? I think I’ll pass, thanks.

And so we began a life of relative couch-potatoey-ness. Our typical routine has included a rather embarrassing amount of TV and video games over the past several years, but that just seemed to be the only way to survive. We played outside some, sure, but it wasn’t often something that we really wanted to do… it was more one of those things you should probably do because it’s healthy for you.

This summer, however, I began to realize that my excuses for not spending time outside were wearing thin. For one thing, it keeps the 2-year-old busy… It is much less problematic for him to play outside in the actual sandbox than it is for him to try to recreate the concept with a pile of pepper or cinnamon dumped on the floor. Furthermore, I have (rather suddenly, it seems) come upon a stage of life where I am no longer required to play constant outdoor referee. I can once again sit in the shade a read a book if I wish. But as I’ve been spending a little more time outside with my children over the past few months, I’ve begun to rediscover how much fun the outdoors can be, for all of us.

One of the big motivating factors for our recent increase in outdoor activities was that this spring, my oldest signed up to play softball, a sport which I played throughout childhood. It was not easy to drag four young kiddos along to the ball field multiple times a week, but it was so worth it to get the whole crew out of the house and to watch my daughter enjoy playing the game I loved growing up. Of course, a certain red-headed child complained almost every time about how much she would rather stay home and play video games, but even she began to enjoy herself at the ball games by the end of the season (especially if the field happened to have a playground nearby). 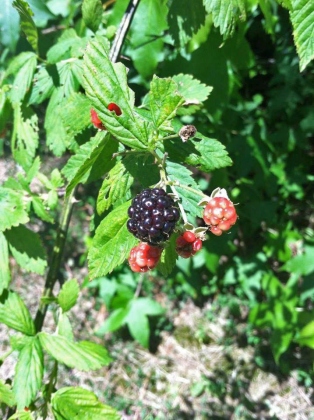 Once school was officially over for us (just before the beginning of June), the excuses for staying indoors decreased even more, and I’ve begun to enforce a mandatory play outside time each day (weather permitting, of course). We’ve also been going to the park and taking walks along a trail that runs by our neighborhood, and again, I have to say I am enjoying it more than I thought I might.

In the busyness of life, I had almost forgotten all those days of playing out in the sunshine exploring and enjoying the world God made. I had lost sight of what it’s like to walk down a trail and see a path through the trees and think, “I wonder where this goes?” and then find out. I had not thought to look for wild blackberries to munch on or teach my girls how to taste a honeysuckle. I had not taken the time to explain to them what poison ivy is—what it looks like, what it does, and how to avoid its effects. I had not thought much in recent years about how much more interesting the world can be when you actually experience it, versus just learning about it in a book or watching something about it on TV.

My children, naturally, are fascinated. They squealed with excitement over the wild blackberries. They made exclamations of wonder when I showed them the white liquid that gives milkweed such a funny name. They began to make up adventures as we traveled down the new paths branching off from the main trail. And I could barely keep up with them as they splashed along a nearby creek, trying to find out what lay just around the next bend. I am looking forward to teaching them to catch fireflies in the days ahead.

I can’t say I blame myself too much for the indoor habits that we formed over the years… Parenting multiple little ones is not easy, and sometimes you just have to do what works for you at the time. But I do wonder whether a little more sunshine in our routine might have been more helpful than I realized… Sometimes all it takes to wash away the stress and bring back a little zest for life is to stop and smell the honeysuckles.